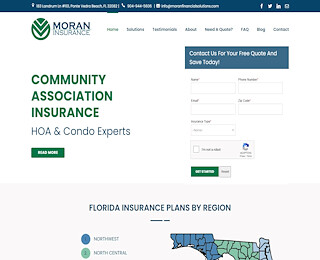 Orlando, Florida, is a wonderful place to live in because it is home to the Kennedy Space Center, SeaWorld, Universal Studios, and Disney World. This city has plenty for everybody, including the historic downtown of Winter Garden as well as the excellent cuisine in the 50 Mills District near Park Lake Highland. That could be the reason why this city has a population of 277,173.

However, the same attributes that make Orlando a desirable place to call home also make it vulnerable to risks that affect your home insurance requirements. Because of its flat and low terrain, as well as its proximity to swamps and Lake Apopka, West Orlando is vulnerable to flooding. Homes in Delaney Park and Lake Davis, as well as others along the Econlockhatchee River, are also at risk of flooding in East Orlando.

While flood insurance is not authorized by law because Orlando is not located on the coast, it is surrounded by wetlands, swamps, and other water bodies that may cause flooding. Consider Maitland, which is having difficulty maintaining enough floodwater runoff to surrounding lakes.

Even though Orlando has been saved from some of this flooding in the past, hurricanes are becoming more common, and it is difficult to determine which areas will be spared from the resultant flood damage.

It is worth noting that the regular homeowner's insurance policy doesn't cover water losses from storm surges. Moreover, even one inch of stagnant water inside a typical one-story house can cost $23,635 in repairs. If it is not a price you can afford to pay out of pocket, you may want to speak to a Moran Insurance agent about getting flood insurance coverage.

Sinkholes form in environments where aquifer levels change dramatically, and Orlando, like most other areas of Florida, is prone to them. When large amounts of water melt the limestone under the ground, it leaves unstable caverns that crumble, resulting in a sinkhole. Homeowners may find these costs incredibly expensive and too challenging to tackle on their own.

Insurance companies in Florida are required by law to have catastrophic ground cover failure coverage, which will cover damages caused by some forms of seismic activity. Some of the cases in which sinkhole damages can be covered include:

Our helpful team is delighted to support you with securing affordable coverage and will provide helpful hints to ensure that you and your families are well-protected.

We Are Passionate About Providing Peace of Mind

Medicare Supplement Plan A is also referred to as Medigap Plan A. This plan is sometimes overlooked because it has fewer benefits than other Medigap insurance plans.

What does Medicare Plan A cover though? It still covers the most important benefit, which is the 20% of outpatient medical care that Medicare doesn’t cover.

Make no mistake. Medicare Plan A pays this, so it is still a very good plan.

Medicare Supplement Plan B, also called Medigap Plan B, offers the same benefits as Plan A. In addition, it will also pay your Part A hospital deductible for you. This is a significant benefit as the deductible in 2017 is $1,316, and tends to go up slightly each year. Having Medigap Plan B means that you will never have to worry about that deductible going up.

Your hospital deductible is a per-incident deductible, not an annual one, so this is an important benefit. Medicare Plan B will pay the deductible even if you incur it more than once in the same year.

Medicare Supplement Plan C is a policy which covers nearly all of the Medicare gaps that you would usually be required to pay. The only exception is the Part B excess charges.

Medicare Supplement Plan D is one of the ten Medigap options you can purchase to supplement your Original Medicare benefits. (It is not to be confused with PART D, which is for prescription drugs. You can read about Part D drug policies here.)

A Medigap Plan D policy covers most of the gaps in Medicare for you, with the exception of the Part B deductible and also any excess charges. An excess charge is an additional amount you will pay if a provider charges more than the Medicare allowed amount. You will pay out of pocket for these two minor items if you purchase a Medicare Plan D. However, the policy does cover all of the most important things, like the 20% of outpatient services that you would otherwise owe.

It’s important to compare pricing between Medigap Plan D and Plans F or G, which have richer benefits. This will help you determine if the savings is worth the additional financial exposure to you. Some people would rather pay more for their supplement if they know that all the gaps will be covered. Others don’t mind a little cost-sharing to get lower premiums.

Medicare Supplement Plan F has also been the #1 seller with The Benefit Link for many years. According to a report from America’s Health Insurance professionals, about 57% of all Medigap policies in force were a premium Medicare Plan F policy. (In recent years, Plan G has been the second most popular Medicare supplement plan, and you can read more on that below.)

A Medigap plan, or Medicare Supplement, pays after Medicare to help cover your deductibles, copays, and coinsurance that you would otherwise be responsible for. Medigap plans do not replace your Medicare Part B. You must be enrolled in both Part A and Part B first, then you are eligible to enroll in Medicare supplement Plan F.

When you add a Medicare Supplement Plan F or G to your Original Medicare benefits, your coverage will be quite comprehensive. By definition, Medigap Plan F is the Medicare supplement with the most benefits.

Medicare Plan G coverage is very similar to Plan F. It offers great value for beneficiaries who are willing to pay a small annual deductible. After that, Plan G provides full coverage for all of the gaps in Medicare. It pays for your hospital deductible, copays and coinsurance. It also covers the 20% that Part B does’t cover.

Medicare Supplement Plan K offers you the same basic benefits as other supplements, but with lower premiums. For example, this plan will still cover preventive care services and give you an extra year in the hospital. However, you split the cost-sharing with the insurance carrier on certain items like the Part A deductible. You also agree to pay the Part B deductible and any excess charges.

Medicare Plan K also includes a cap on your spending called an out-of-pocket maximum. For instance, let’s say you have a year with a lot of medical treatments. If your out-of-pocket spending reaches the maximum limit, then your Medigap K policy will kick in to pay all of the rest for that year.

Medicare Supplement Plan L policy also includes a cap on your expenses. This is referred to as your out-of-pocket limit or maximum. Medicare sets this limit annually, and in 2018, the limit for Plan L is $2,620. This means that if in any one calendar year your spending reaches $2,480 in Medicare-approved covered expenses, then the Medigap insurance carrier pays the rest. The cap makes it much easier to agree to share in 25% of the costs on the items listed because you know that even if a year of bad health occurs, you won’t have more exposure than the maximum cap figure.

Medicare Supplement Plan M is one of the new supplements created by the Medicare Modernization Act. It first hit the Medicare insurance market in the summer of 2010. (Sometimes we hear people call it Medicare Part M or Medigap Part M, but the correct term is Plan M.)

Medicare Plan M provides the same basic benefits as other supplements. However, it has a slightly reduced monthly premium in exchange for your willingness to pay half of your hospital deductible and all of your annual outpatient deductible. By sharing in these deductibles as well as excess charges, you get the benefit of reduced premiums.

Plan M could be a good fit for someone who doesn’t expect to visit the hospital often and feels he can afford the occasional cost-sharing. However, it’s important to have a licensed agent who specializes in Medicare supplements to help you. He or she will evaluate the differences in premiums and make sure that the savings are worth the risk of some expenses.

Medicare Supplement Plan N has been popular since it was first introduced in 2010. Also called Medigap Plan N, this option was created for consumers who like the idea of paying a lower premium in exchange for taking on a small annual deductible and some copays.

All Medicare supplement Plan N policies are the same, no matter which insurance company you choose. You can find Plan N available in many states from various well-know insurance companies.

(You will find that sometimes people refer to Plan N as Part N, but the proper term is Plan N. Medicare itself has Parts, but when you are referring to supplemental insurance, use the word Plans.)